The Medieval city of Granada is known for the amazing and expansive Alhambra Palace complex. Visiting the site takes the whole day and it can be exhausting but so beautiful. I took so many photographs there that I’m breaking up my Granada travel guide into two parts. This first one will just focus on the city of Granada and the next one will be covering the Alhambra.

If you do visit Granada be aware that driving and parking in the city is a nightmare. Like any old city, it’s not meant to handle so much traffic and the streets weren’t built for cars. Our little Fiat 500 rental car had some issues getting up the steep hills but we had the best luck finding free parking only a 15 minute walk from our Airbnb just outside the old Albaicín neighbourhood, which you should avoid driving in at all cost! Your best bet for parking is at the Alhambra where there are some large parking lots and then take a taxi or walk to your accommodation. Otherwise arrive by train or bus to avoid the headache of having a car in Granada. 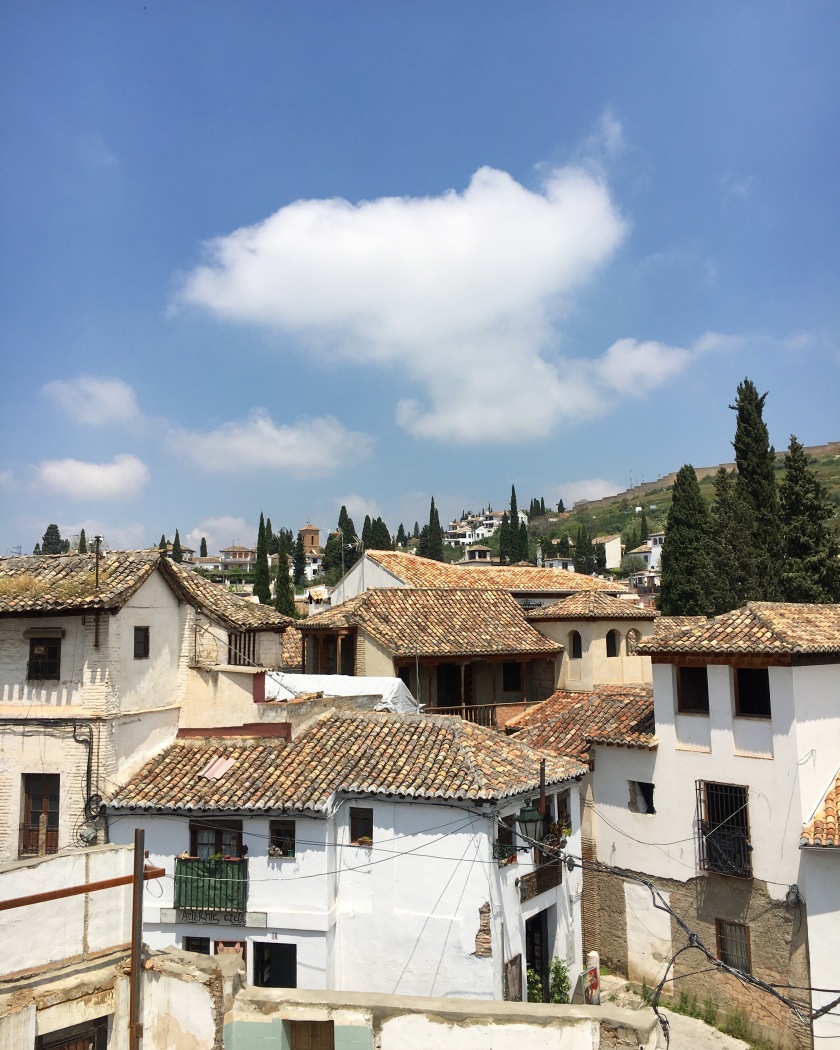 The beautiful view of the old quarter from our Airbnb 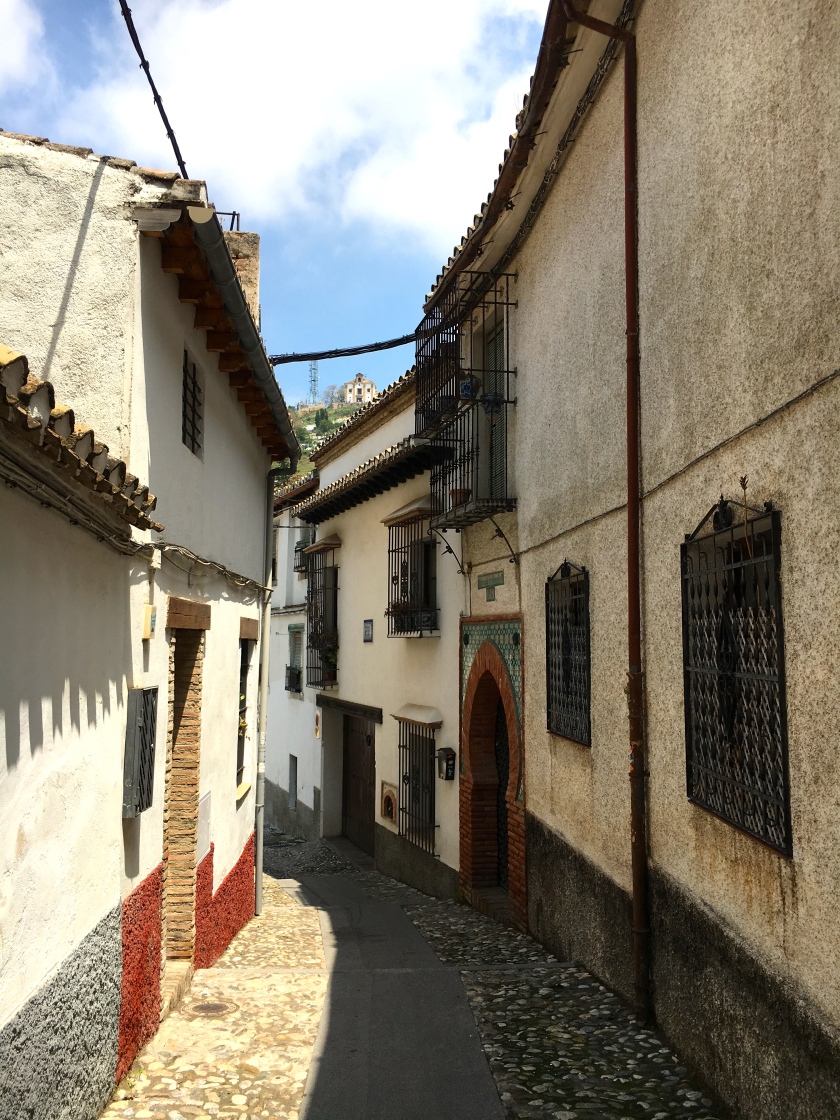 Walking these narrow streets is so beautiful but painful on the feet! 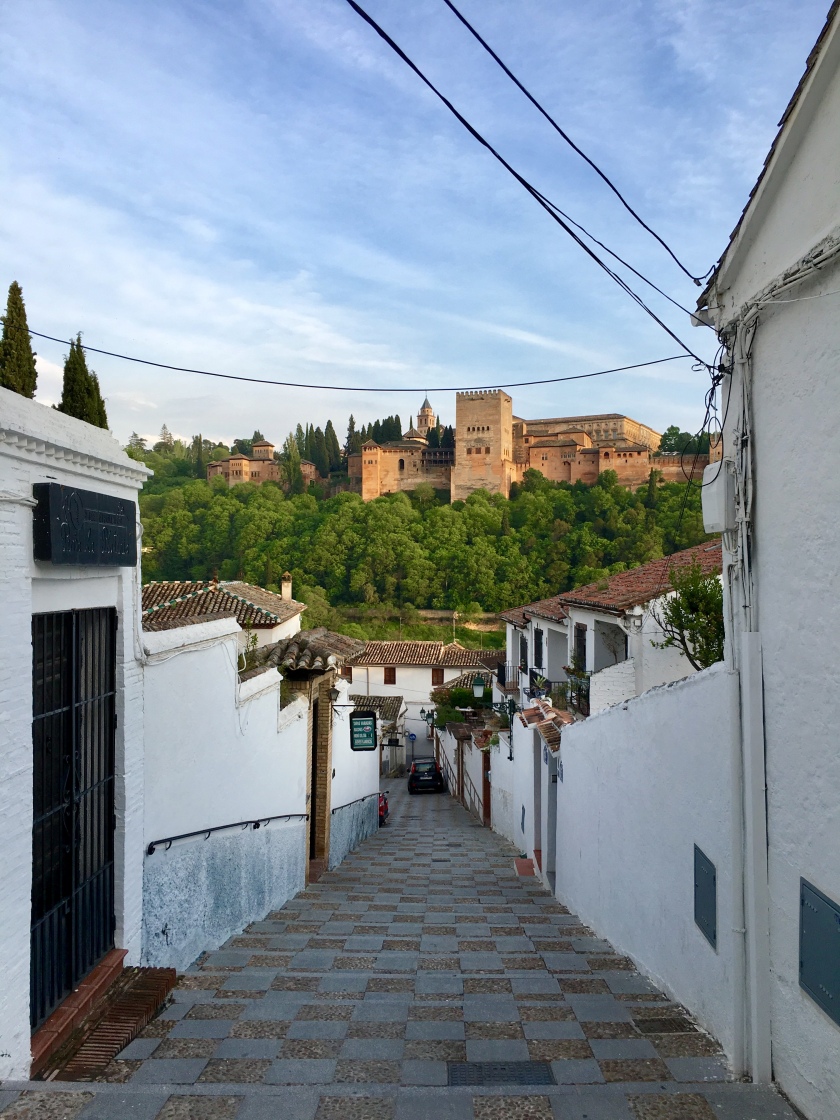 The Alhambra Palace seen from the Albaicín

What To Do in Granada

The Alhambra Palace is one of the most visited sites in Spain and very much worth the trip to Granada. I’ll write more about the Alhambra in my guide to the complex because it is extensive and can be somewhat confusing to visit. Reserve your tickets 3 months in advance or you many not be able to see it at all.

Apart from the Alhambra we didn’t do much else in the city. We only spent a day and a half in Granada and the full day was spent touring the palace. The rest of the time we spent wandering around the Albaicín neighbourhood where our Airbnb was and a little bit in the centre of the city around the cathedral. We also walked up to a great view point where there is an old church, the Ermita de San Miguel Alto. A lot of people go to the Mirador de San Cristobal to get a view of the Alhambra because it’s more accessible by car but if you’re able to go up to Ermita de San Miguel Alto for an even better, higher, and more seduced view of the city.

What To Eat in Granada

To be honest we didn’t really find much in the way of good food in Granada. It may have been because we had just come from three very good food cities so Granada was a bit of a let down in that regard. The places we did find we good but nothing to write home about.

La Finca – down in the centre of the city close to the Cathedral is this nice little coffee shop. It’s very tiny but has nice pastries and drinks.

Restaurante Palacio Andaluz Teteria Almona – located in the old Albaicín neighbourhood is this nice little Moroccan restaurant. The staff was super friendly and the food was good and it was one of the few places in Spain where I was able to find a variety of vegetables. There really isn’t much to eat in the Albaicín neighbourhood so if you’re staying up there be aware. This was really the only good option we could find that was open.

Bodegas Castañeda – after looking around online a bit I found this tapas place in the centre of the city that seemed decent and it was but again, nothing really to write home about compared to Seville.

Cafeteria Lisboa – we took a mid afternoon break from touring the Alhambra and walked down the city centre for brunch here. The food was really well priced and not bad. We actually shared the full continental English breakfast since it came with so much food for only 12 euros.

Be sure to check out my previous travel guide for Barcelona, Cordoba and Seville! Next I’ll be sharing lots of photographs and helpful information about the Alhambra Palace and stay tuned for my final Spain city guide for Madrid!

Dwarf irises 💜
Just a few new cookbooks and some lilacs 💜📚🌸
Spring greens 💚
Sunshine and crab apple blossoms 🌸
Ottawa in bloom 🌷
My favourite time of year when all the trees are blooming, flowers are popping up and the world is green again 💚