The Ottawa Art Gallery‘s current exhibition Karim Rashid: Cultural Shaping presents “the first large-scale presentation of the iconic designer’s work in Canada to date.” It features over 200 of Rashid’s unique designs ranging from tables and chairs to shoes and Pepsi bottles. I was interested to see this exhibition since it’s rare that we see these kinds of design exhibits in Ottawa and I wanted to learn more about this designer who I only vaguely knew. However, after seeing the exhibit I feel like I really didn’t learn anything and instead visited a showroom, not a gallery. 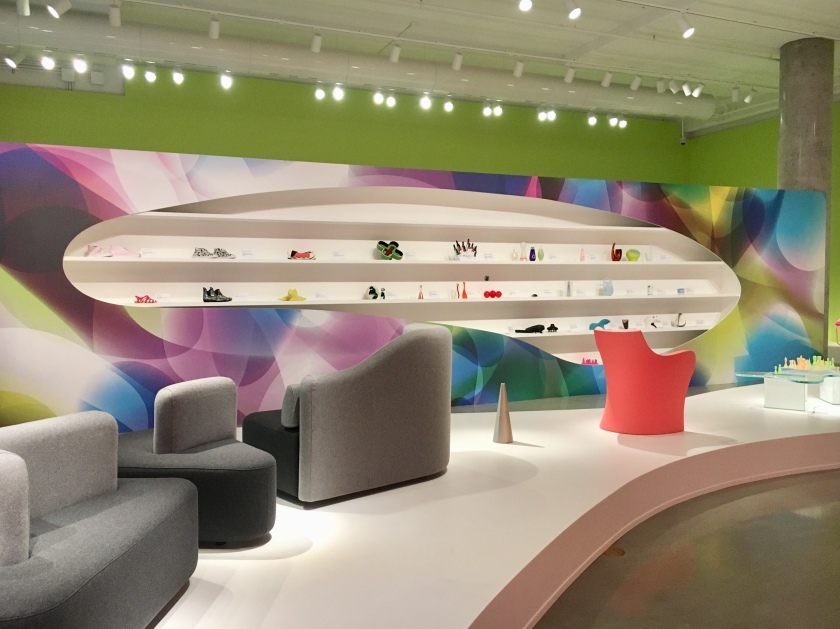 Karim Rashid is an Egyptian-born, Canadian industrial designer who has a studio based in New York City. He received a Bachelor of Industrial Design in 1982 from Carleton University in Ottawa and then furthered his studies in Italy. This simple but interesting background information was not included at all anywhere in the exhibit or online. After leaving the gallery I had no idea if Rashid was even Canadian. Considering one of the OAG’s missions is to exhibit and promote Canadian and local artists it may have seemed obvious but for the average visitor is probably isn’t. I feel like just the fact that Rashid has an Ottawa connection should have been noted somewhere. 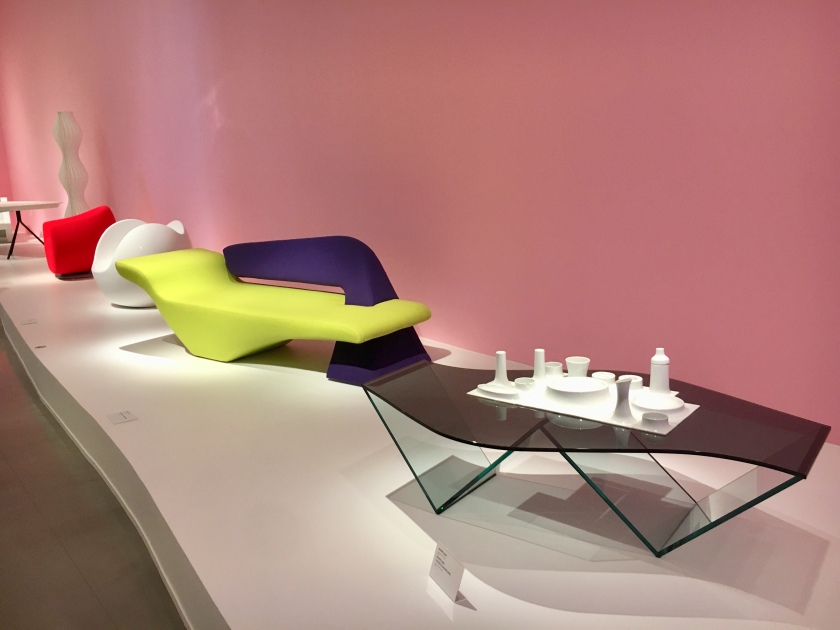 Other than a short wall text introducing the exhibition there was no other text anywhere in the exhibit with the exception of the basic object labels that simply stated the name and date of the products on display. There was also a small pamphlet for visitors to take that had some text but mostly just photos of the products on display. I found the text in the exhibit both on the wall and in the pamphlet to be vague. It hinted at this designer’s importance mentioning that he has had some kind of impact on design and there was some kind of sustainable and environmental elements to his work. The pamphlet describes his work as world changing. You can look at the designs on display and try to guess how the products are impactful, sustainable and world changing but even as someone who has an art history background and is familiar with general international design styles and trends I couldn’t really figure it out without researching Rashid online afterwards. The texts are written by Bruce Mau who I initially thought was the curator but it turns out (after some Googling) that he is a Canadian designer and educator. The curator of the exhibition is Nicole Potvin.

The designs on display are interesting to look at and the exhibition design (wall colours, display cases, lighting, etc.) is well done and really works well with the style of the products. I was curious about the products but there was literally no contextual information about them. I would have loved some text to create links between some of the products or tell me how they’ve been impactful in the world of design or how they are sustainable but none of that was given to me. You can show me a chair and a water bottle and tell me that it’s a sustainable or world changing design but unless you tell me how and why it won’t mean anything to me. The thing is I’ve seen designs like Rashid’s before in museums that date from the mid-20th century, decades before Rashid’s designers were made. So based on my own knowledge his work isn’t new or innovated to me, it just seems retro inspired.

The Ottawa Art Gallery is free so unlike other poorly executed exhibits in museums that charge a high admission price I’m not going to discourage people from visiting this gallery or exhibition. The designs were cool and if you have 30 minutes (or less) to spare then pop into the gallery and look around but don’t expect to leave having learnt anything about Karim Rashid or his designs. What you see is kind of all you get here.