Ravenna is a relatively small city in Northern Italy but it has a lot of history! I visited Ravenna back in 2014 when I was studying art history in Venice. Ravenna is home to important late Roman and Byzantine architecture and eight UNESCO World Heritage Sites. Ravenna is home to some of the most amazing mosaics in Europe and is definitely an under visited city! If you’re visiting the area and wondering what there is to do, here is little guide for you!

Start off exploring Ravenna’s central piazza, the heart of any Italian city. Grab a gelato and appreciate the classical Italian style of this city. 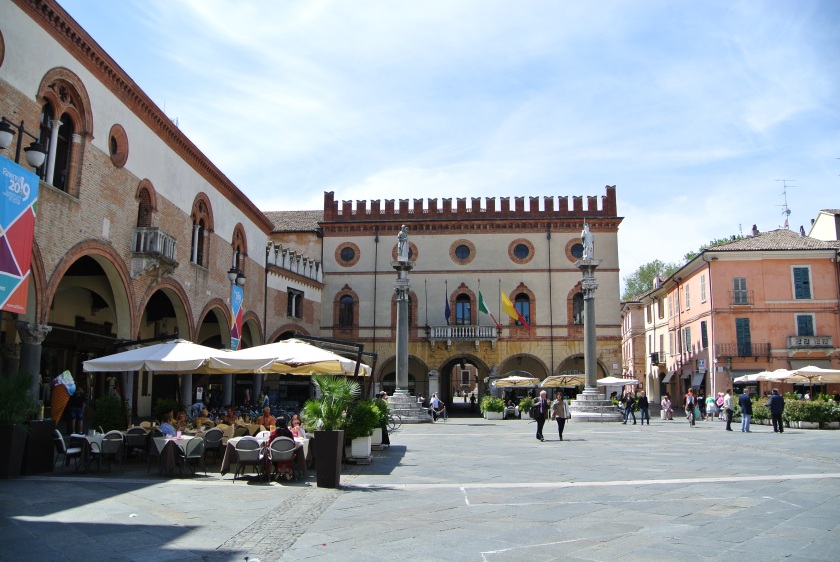 Next head over to Basilica of Sant’Apollinare Nuovo, dating from the early 6th century. This basilica is know for its impressive mosaics and how the exterior and interior illustrate the fusion between eastern and western styles of the 5th and 6th century. Be sure to look out for the mosaic depiction of the Three Magi. Don’t be fooled by the plain looking exterior, this real beauty is inside. 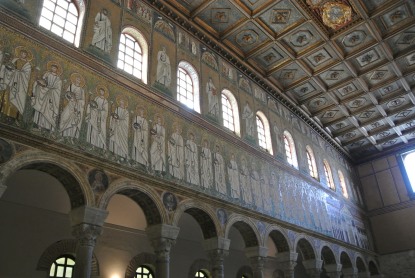 For some even more impressive mosaics head over to the Basilica of San Vitale, it’s one of the most important surviving examples of early Christian Byzantine art and architecture in Europe. Two of the most famous mosaic panels in this basilica are of the East Roman Emperor Justinian I and his wife Empress Theodora. In the late 18th century a Baroque fresco was painted in the dome which creates an odd clash of styles but the real treasure is the apse with its incredible mosaics. 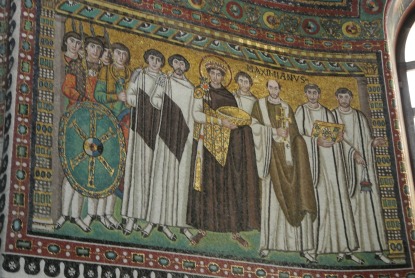 Before leaving the Basilica of San Vitale you can’t miss the incredible Mausoleum of Galla Placid just beside. Built between 425 and 450, this little building is like a jewel box inside. When I visited Ravenna I was just in awe of this amazing building and the mosaics inside. After visiting the two basilicas I was so surprise by this mausoleum. My old photos just don’t do it justice.

Inside the Mausoleum of Galla Placidia 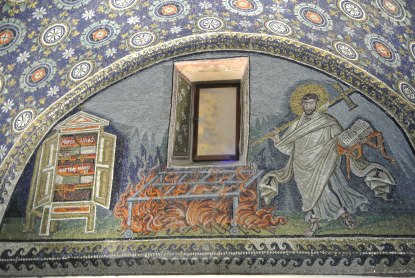 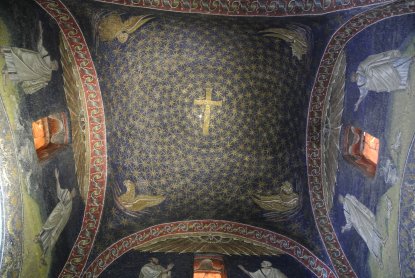 Other sites to check out in Ravenna that I didn’t get to on my trip are the Archiepispocal Museum and St. Andrew Chapel and the Neonian Baptistery that both have beautiful mosaics.

If you’re a fan of mosaics and early Christian architecture (maybe a little niche, I know) you have to visit Ravenna! It’s easy to access by train as it’s not far from Bologna which is a transit hub in the region. Once you’re there everything can be reached on foot easily.

Walking in the Glebe the other night was almost like being in a Hallmark movie. There was a little neighbourhood jazz concert going on in the street and a group showing off their little model boats in the pond 🌿
View from Petit Champlain ❤️ I was promised blue skies by my weather app but Québec City is pretty under grey skies too ☁️
Forest reflection 🌿
Symphony by Tau Lewis (2020-2021)
Little garden along the fleuve ❤️
Basically in Europe execpt the wine is more expensive